Share a memory
Obituary & Services
Guestbook
Read more about the life story of Carolee and share your memory.

Charming, accomplished, academic and athletic; loved by her friends and family, Carolee Gunn  passed away peacefully on December 29, 2022.

Born July 14, 1953 to Horace and Nadine Gunn, Carolee grew up in Millcreek, Utah and, outside of extensive travel, lived much of her life in the Salt Lake Valley. She was delighted that her birthday coincided with Bastille Day, or French National Day.

Poetry, writing and prayer were lifelong loves for Carolee. She took many writing and literature classes at the University of Utah on the way to completing a Bachelor of Science (B.S.) with Honors in 1977. Carolee’s social personality and love of people led her to continue her education at the University of Utah earning a Masters (M.S.) in Special Education in 1982, and a Doctorate (Ph.D.) in Educational Psychology in 1993. As a young adult she was drawn to the philosophy of the Baha’i Faith, becoming an active member of Salt Lake’s local Baha’i communities for decades.

Augmenting her studies, Carolee participated in research projects during the 1980s that allowed her to combine academic skill with her love of the outdoors. A high point was an early air quality study conducted at the South Rim of the Grand Canyon. She fondly described her experience sleeping outdoors under velvet black, star filled skies every night for an entire summer. Carolee thoroughly enjoyed the biological world and horticulture. During her early retirement years, she volunteered at Red Butte Garden leading botanical walks as a docent and could be counted on to aptly identify the flora and fauna.

Her formal career as an educator spanned ​​teaching special education to an administration position in the Utah State Board of Education. Carolee was integral to several important standardized test development programs and established Utah’s first bias and sensitivity test reviews. Carolee was honored to be asked to serve as a peer reviewer with the U.S. Department of Education from 2005 - 2007. In her final employment as a Test Developer with Pearson, she contributed creative ideas on the design and implementation of alternate assessment for students with cognitive disabilities and English-language learners.

Carolee’s athletic accomplishments were wide ranging, from dance to rock climbing, hiking and  mountaineering, to downhill, backcountry and cross country skiing. She took full advantage of living in an outdoor paradise exploring the Wasatch Range and the Southern Utah desert. In her twenties she became an avid and skilled rock climber leading bold, new routes in the Cottonwood Canyons. Outdoor adventure travel was a notable part of Carolee’s life visiting Peru, Italy, Nepal and Hawaii to name a few.

Music was an ongoing theme for Carolee’s life: learning piano when young, teaching friends to play recorder in ensemble, being a patron of the Opera, enormously enjoying outdoor concerts big and small, and singing and dancing to familiar tunes until the end.

A celebration of life open house will be held on January 13, 2023 from 11:00 am - 2:00 pm at Red Butte Garden following a 10:00 am graveside service for immediate family and close friends at Mount Olivet Cemetery.

During Carolee’s admirable journey with Lewy body dementia she was superbly supported and cared for by her daughter, Neighborhood House Adult Day Services, and finally Spring Gardens Holladay Memory Care. In lieu of flowers, the family suggests donations be made to Neighborhood House (www.nhutah.org/donate). 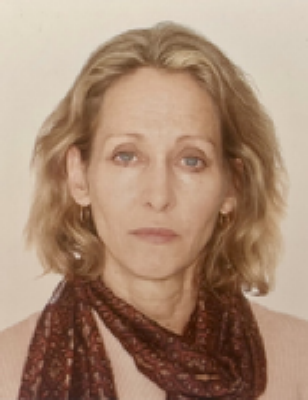