Share a memory
Obituary & Services
Guestbook
Read more about the life story of Christopher and share your memory.

Christopher Dee West passed away December 17, 2022 from prostate cancer at the age of 70. Chris was born December 23, 1951 to Melvin Elmer West and Erminie Odessa Clawson West in Woodland, CA. In 1953, the family moved to Holladay, UT. He enjoyed growing up with a big backyard, lots of friends, and lots of hijinks. Chris delivered newspapers from the time he was 11 until after he married. He loved his time with the Boy Scouts and was proud of his Scouting achievements. Chris graduated from Olympus High School in 1970, then diligently served an LDS mission in the Mexico Southeast Mission from 1971-1973.

After his mission, Chris attended the University of Utah where he studied mining engineering, graduating with a BS in 1976. It was at the U that he met and fell in love with Kathy Rudy. They were married June 24, 1977 in the Salt Lake Temple. Chris and Kathy's prayers were answered in 1984 with the birth of their son Scott. Chris relished being a father. Chris continued his education, earning both an MBA and an MS in mining from the University of Utah in 1987.

Chris worked for Kennecott Copper from 1988 until he retired in 2013. He, along with his team, created the first computer model of the Bingham Mine. He was especially proud of his work that provided jobs to the community and reclaimed the land surrounding the mine.

After Kathy's passing in 1998 from breast cancer, Chris met and courted Marie Bennion Shellum. They married July 18, 2000 in the Salt Lake Temple, and Chris was delighted to become father to Marie's children Cameron and Jessica. The past 22 years with Marie have been filled with happiness.

Chris loved nature and spent as much time as he could outside, hiking, camping, biking, planting gardens, and looking through a telescope. He appreciated trains and took his family to ride the narrow gauge rails in Durango many times. Chris and Marie made theater trips every summer to Logan, Cedar City, and Tuacahn. Chris was a devoted husband and he frequently brought flowers home to his sweetheart. His faith in Jesus Christ sustained him and motivated every action he took.

Chris served his community in many roles. He spent decades in the Scouting program as a scoutmaster and advisor, taking Scott along with him to camps. He volunteered with the East Mill Creek Lions Club and served as president twice. The Lions could use your help with the 4th of July celebration and their fun community traditions! Chris and Scott delivered meals for the Utah Food Bank. Chris was tireless as a home teacher and neighbor; he was known for shoveling snow up and down the street, giving rides, and generally lending a helping hand. Chris and Marie served an LDS mission together in the office of the Salt Lake City East Mission from 2013-2015; they also served later as temple ordinance workers. He was persistent in doing family history research. Chris gave of himself quite literally: in 2016, Chris donated his kidney in a chained donation to benefit his nephew Nathan.

Some thoughts from Chris: "I am grateful for the wonderful people in my life: Marie, Kathy, three children, eight sweet grandchildren, eight siblings (six grew to adulthood), wonderful parents and in-laws. I have had cherished friends, good neighbors, church friends, scouting friends, and enjoyable coworkers. As I move on to the next stage of life, things I have talked about before become real. I am grateful to Jesus Christ for redeeming me from my many faults and sins. I am grateful to him that his mercy will be available to me when my life is judged. My wish for my loved ones and friends is that they will choose to have faith in Christ, to live his gospel, and to receive the blessings that are available to them.

Having cancer has been difficult, but I have learned that when we find ourselves in hard times, it is always best to turn to the Lord, not away from him. I hope I am a better person for what I have experienced. We appreciate the many kindnesses that people have shown to us."

A viewing will be held Wednesday, December 28 from 6-8 pm at Holbrook Mortuary, 3251 South 2300 East. Funeral services will be Thursday, December 29 at 11 am, with a viewing prior to the funeral from 9:30-10:45 am, at the East Mill Creek 6th Ward chapel, 3103 E. Craig Dr. A funeral live stream and recording can be found with his obituary at holbrookmortuary.com. Chris will be buried at Wasatch Lawn Memorial Cemetery in Millcreek, UT. 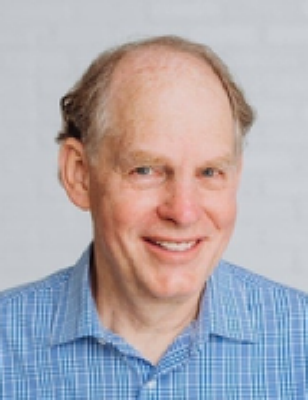