Share a memory
Obituary & Services
Guestbook
Read more about the life story of Leon and share your memory.

Our husband and father, Archie Leon Tobler, passed away at home with his wife, Geneil, and six children at his bedside on January 11, 2023.

Leon was born May 17, 1931, in Washington, Utah to Archie and Itha Tobler. He was the second child and oldest son in his family of 8 children.He grew up working very hard on the farm with his father. He loved growing up in Dixie, roaming the red hills with his friends and his favorite dog Old Don.

Upon his graduation from Dixie High School, he served a mission for The Church of Jesus Christ of Latter-day Saints in the Northern States Mission from 1950-52. He loved the people he served and especially enjoyed serving on the Oneida Reservation.After his mission, he was drafted during the Korean conflict.He served ably in the U S Army through basic training, leadership school and then in top secret operations in Chicago, Illinois.He was released from his Army service in 1955, never having to serve in combat.

He decided to use his GI Bill to get an education.He enrolled at BYU in the summer of 1956, and soon met the love of his life, Geneil Christensen.He was smitten from day one.Geneil went to Salt Lake City for her first year of teaching and he followed her north.They were married in the Manti Temple on February 22, 1957 and have now been married for almost 66 years.

Leon started his career selling insurance and then business machines. He decided to go back to school in 1959 to better support his growing family and graduated in Elementary Education from the University of Utah in 1960.He later went back and got his master’s degree in School Administration in 1964.This took him through his career as a teacher and elementary school principal in the Granite School District for 29 years.He touched many lives through his work in the schools.

Leon and Geneil were blessed with six wonderful children Cherilyn (Keith) White, LeAnn (Rob) Wankier, Scott Tobler, Paula (Glenn) Jewkes, Shaun (Martha) Tobler, and Marilee (Mike) Tueller.He could fix anything and was always a hard worker; he expected the same of his children.But, along with the work, came the fun.We had great adventures as a family camping, water skiing, motorcycling and traveling the country.Dad’s love of the outdoors rubbed off on each of us.He will be greatly missed.

Dad served in many callings in the church and was happy to serve in whatever he was asked.Among his callings he served in the Elder’s Quorum Presidency, Sunday School Presidency and was a faithful home teacher and ministering brother for his whole adult life.He and Mom served two missions together.First in the Central City Mission in Salt Lake from 1994-97 and then in the Dallas Temple from 1997-98.They also served as ordinance workers in the Salt Lake Temple for many years.

He is survived by his wife Geneil, sisters Bonita, Maralene, and Sharlene, brothers Darwin, Merlin, and Michael, six children, 33 grandchildren, and 37 great-grandchildren. He is preceded in death by his parents and his brother Richard.

Video is available for this event 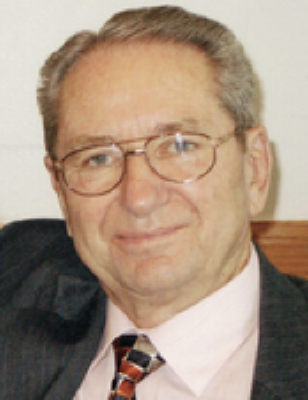