Share a memory
Obituary & Services
Guestbook
Read more about the life story of Raymond and share your memory.

Raymond Clark Fisher, loving and devoted husband, father, and grandfather, passed away at the age of 75 on Sunday, January 8, 2023. He leaves behind a legacy of faith to his heartbroken family.

Ray was born on December 6, 1947, in Pittsburgh, PA to George Charles Fisher and Margaret Liptak. His mother died in July 1950. His father married Margaret Clusterman in 1956, and they moved Ray and stepbrother Edward Mitchell Lansberry to southern California.  After high school graduation, Ray began his career with North American Aviation, Inc. and later worked for Hughes Tools with his roommate and co-worker, John Hess. This was a pivotal point in his life as John introduced him to the Church of Jesus Christ of Latter-day Saints and later baptized Ray a member of the Church in 1969. Ray went on to serve two Church missions for his stake in California.

His stepmother passed away in 1966 and his father in November 1970.  Despite the profound loss of his parents by the age of 22, Ray demonstrated remarkable resilience and faith in God’s plan for him.

Ray met Mary Kathleen Sherren in California and married her on February 17, 1979, in the Salt Lake Temple of the Church of Jesus Christ of Latter-day Saints. Ray and Kathy moved to Utah raising their five children in the Canyon Rim area of Salt Lake City.  In 1997 Ray and Kathy divorced and they worked together to lovingly raise their children.  After most of his children had grown, he married and was sealed to the love of his life, Susan Marie Jewkes on January 22, 2005, in the Salt Lake Temple.  Sue and Ray settled in the Holladay area and enjoyed their fellowship in the Hillview Ward.

Ray was a skilled negotiator which proved valuable in his nearly twenty-year career as a Purchasing Agent.  In 1995 he was diagnosed with an eye disease, Retinitis Pigmentosa.  RP forced him into an early retirement in 1997 from Raytheon. In retirement Ray spent as much time as he could with his children, being a student of the scriptures, doing family history, and learning about anything that caught his interest.

Throughout his life, Ray was enthusiastic about cars, electronics, and great audio speakers. Ray enjoyed road biking and took advantage of the Utah canyons for his biking adventures. He became an expert about anything he was very interested in and would share that knowledge with his family.  Ray and his sons could speak about cell phones, cars, and audio systems for hours. He adored and watched over his daughters, offering fatherly advice and caring deeply about their challenges and aspirations. He was very proud of his children and encouraged them to be self-sufficient and to seek education beyond high school.

He loved the Gospel of Jesus Christ and served faithfully in callings in his ward and stake as a Sunday School President, Stake Missionary, and Service Coordinator.  Ray honored his Priesthood and worked hard to live worthy of the blessings of faithful discipleship.  He was an example to his family and friends and his counsel and guidance will be missed.

In lieu of flowers, the family requests donations to the Foundation Fighting Blindness. 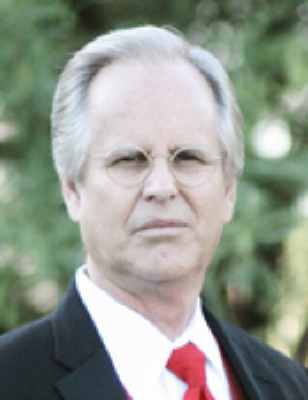